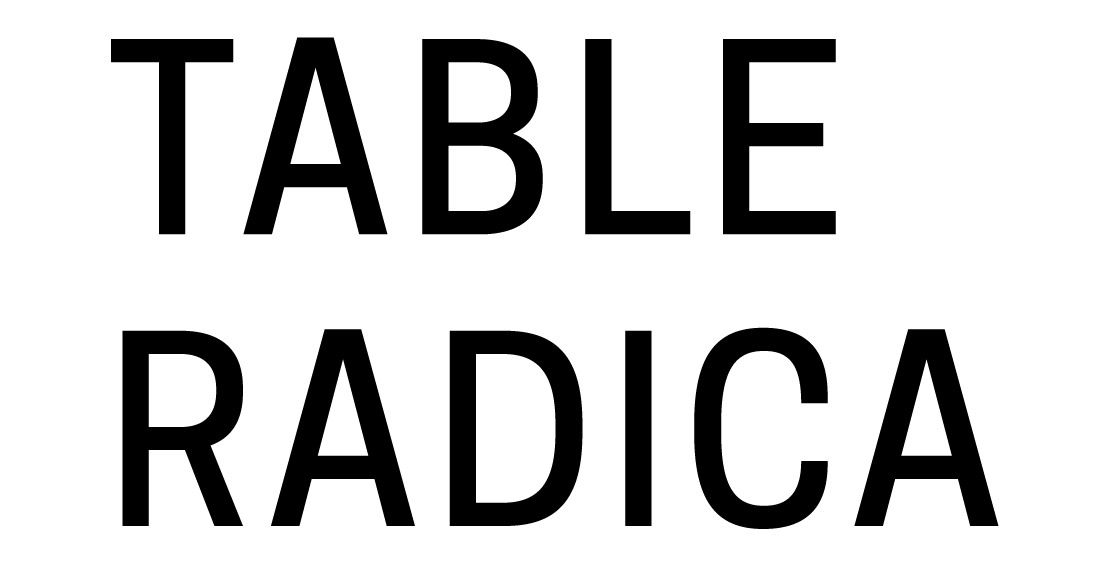 An Immersive experience of memoirs with food, found documents and music.

‘De gustibus non est disputandum’
(There is no disputing about taste)


A radical cultivates taste - taste as discernment, taste as presence and taste as a performative act. If we form ourselves by the books we feed on, the friendships we savour, the camaraderie we let simmer, and the journeys we relish, a radical life has a beginning in what is consumed. Audience is invited to gather around a table, and become visitors, friends, and witnesses of a radical life. All sorts of stimuli are brought to the table to touch, to see, to hold, to savour.

Table Radica is a food table, an archival table, a listener’s table. It opens up archives into a live experience, and expands the notion of taste beyond a corporeal experience to an encounter with aesthetics, love, desire and life.

Table Radica takes the form of a lecture-performance that invites audiences to immerse in the re-telling of the story of a radical life, constructed through research as well as creative interpretations of facts. 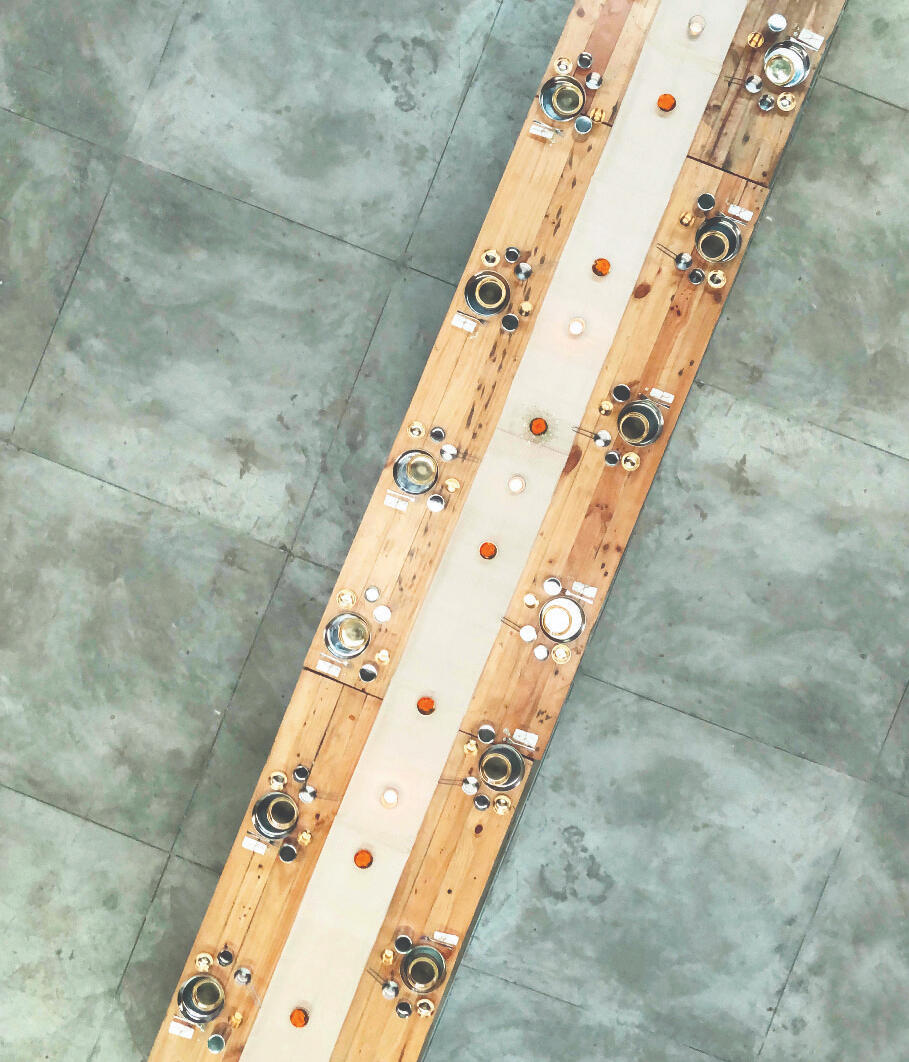 Table Radica’s first episode presents the life, loves, and food of Habib Tanvir, an iconic Urdu & Hindi playwright, a director, poet and actor of the modern theatre in India, a man of the world.

The show journeys with Habib to reveal not only how the world remembers him today, but also the strife, the precarity and the many vulnerabilities that accompany a life dedicated essentially to the arts. The narrative anchors itself in the modest beginnings of an ordinary middle-class Muslim household and the extraordinary influence it had on his life as a boy. The story unfolds the gentle, the accidental, and the spectacular ways in which the middle of 20th century and Central India - shaped his taste in poetry, philosophy, and politics.

Table Radica pivots around encounters with love, questions about theatre, his relationship with the homeland, and the turmoils of making choices that eventually lead Habib to be remembered as a radical life. His story is narrated as one with a humanistic vision, who toiled for a higher aesthetic sensibility, marched on fearlessly, and inspired generations of people, young and old.

*The text of the lecture-performance is written from secondary research and is a creative commentary on Habib Tanvir's life and work.

"There are untold creative ideas flying around the world today, but so few well realised. It is one thing to take the conceptual plunge, but another story altogether to materialise a sensory experience."
- Sonalee Tomar for The Indian Curator

“A food table, an archival table, a listener’s table."
- Kaushani Banerjee for The New Indian Express

"..an episode of Table Radica looks like—a series of ‘taste-performances’ that brings alive the life, times and food of iconic personalities in Indian theatre."
- Satarupa Paul for Hindustan Times

"The concept took birth when a single curiosity demanded an answer: the curiosity of taste."
Ahmedabad Mirror 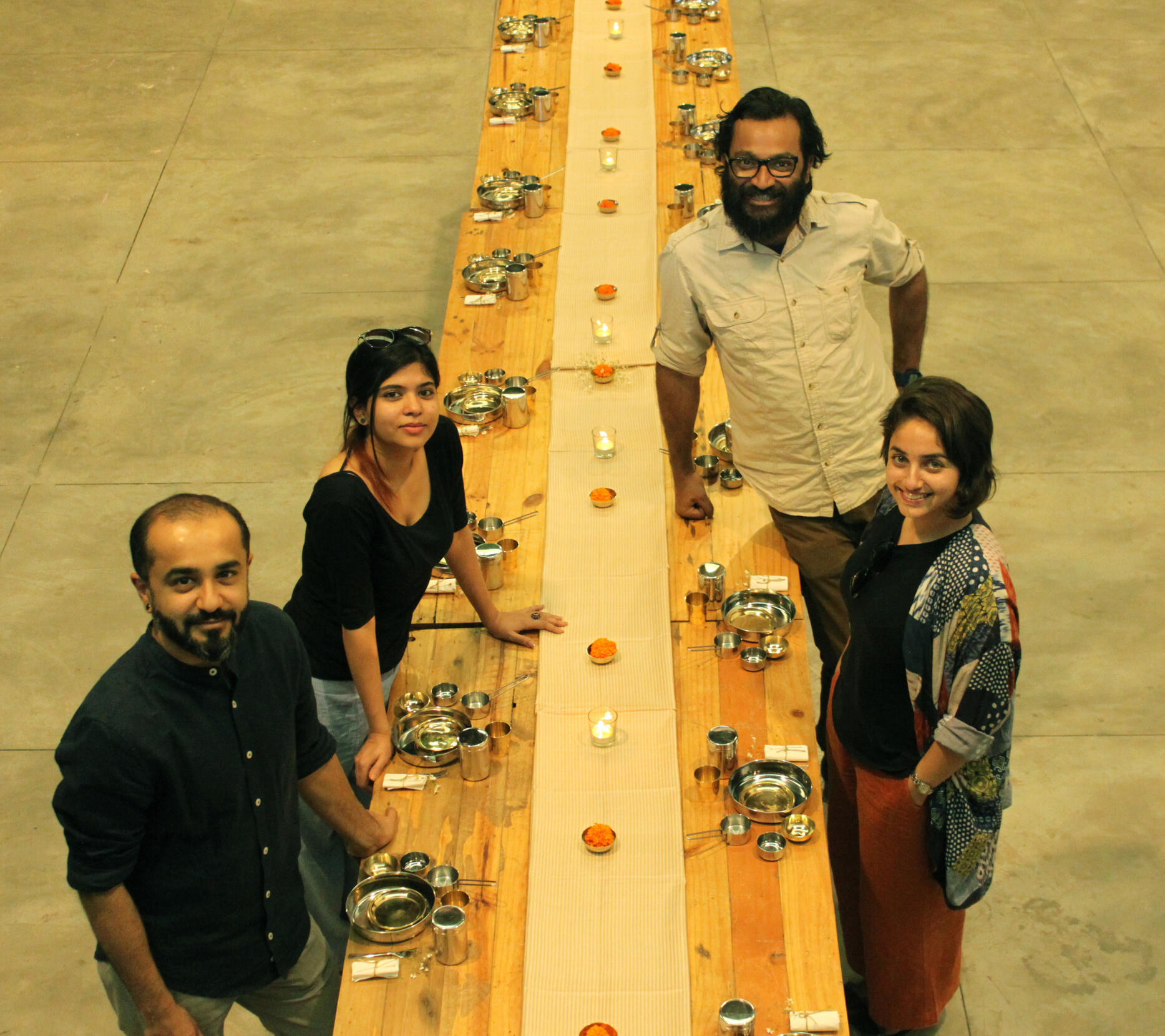 AMITESH GROVER occupies an intermediate space between theatre, performance, and interactive art. He has created work on grief, on sleep, on happiness, and on other ephemeral grounds of knowledge. His works have been shown internationally, and is the recipient of several awards and artists’ residencies. He also teaches at various universities including the National School of Drama. more

SARAH MARIAM is a dramaturg, translator and researcher based in New Delhi. She works with texts across several languages, her recent translations of Premchand being published by Penguin India. She has worked with the National School of Drama as dramaturg, and is a Charles Wallace fellow for her research and practice in the field of translation, adaptation and dramaturgy in Indian Theatre.

BELA GULAB JUHI CHAMPA CHAMELI is a food delivery service built on inclusion, empathy, memory and celebration of home-made pan-Indian food. It believes in pairing a lamb stew from Kashmir with a gobindobhog rice from Bengal, or serving appam from Kerala with machh tenga (fish curry) from Assam. Bela brings together on a single table, food to marvel and savor the multitude of culinary practices across the length and breath of this vast nation. more 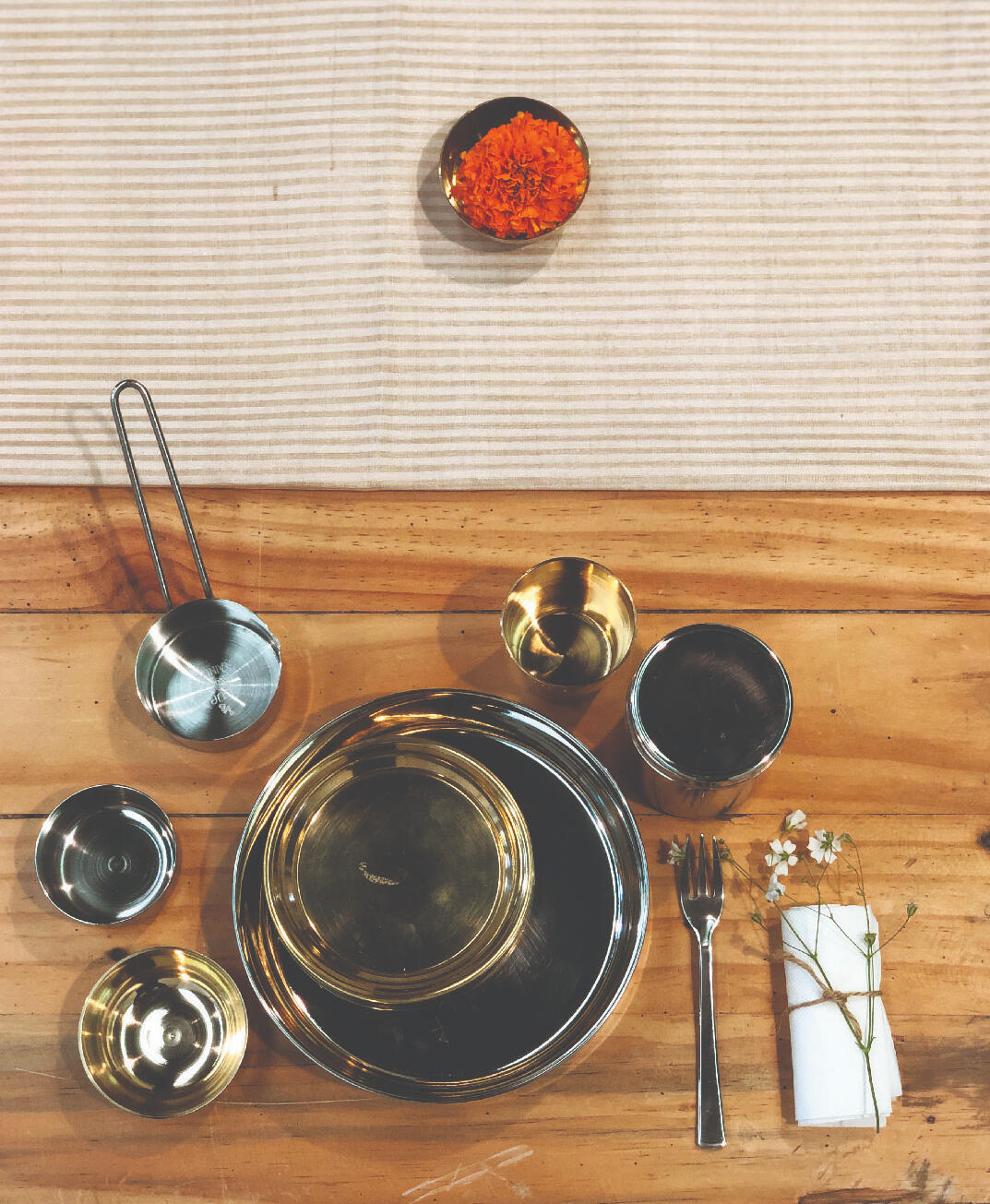 If you would like to stay updated on upcoming shows of Table Radica's episode on Habib Tanvir, and news on new episodes, please share your email with us.

*Please be assured your contact information will remain strictly confidential and not shared with any other organisation or platform, either online or offline. We look forward to your continued support.